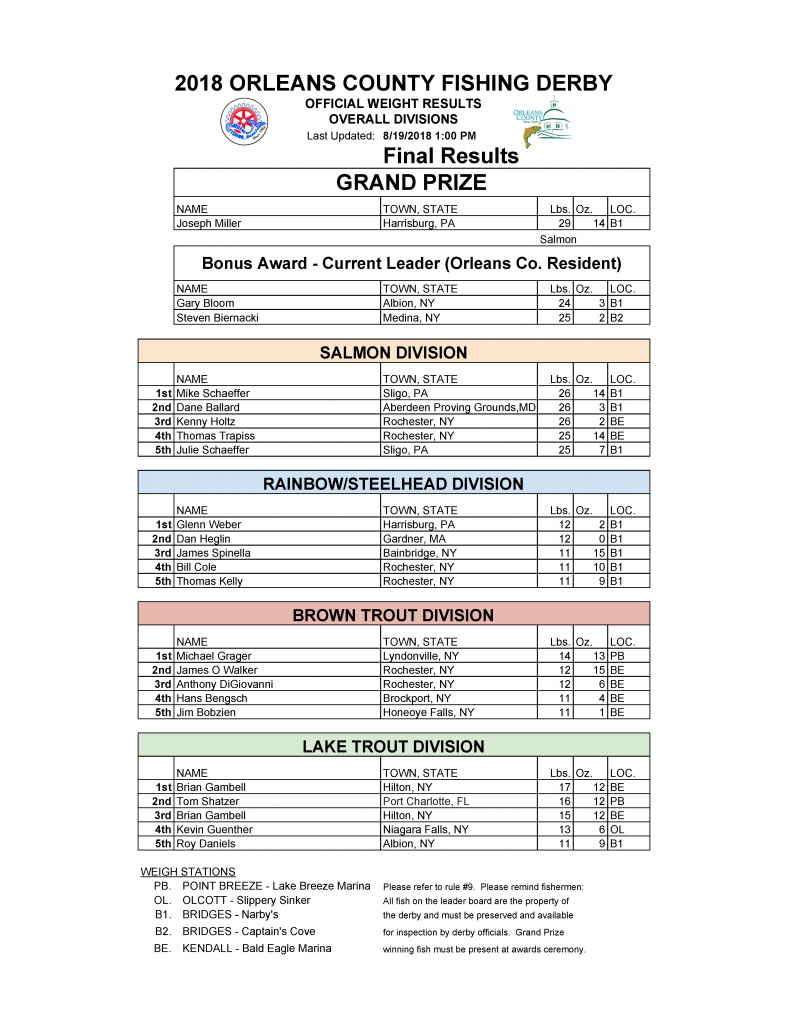 An excerpt written by Tom Rivers for The Hub:

The derby has been an annual event for about 35 years. There were almost 400 participants in the competition, which is sponsored by the Albion Rotary Club.

The grand prize fish – 29 pounds, 14 ounces – was caught by Joseph Miller of Harrisburg, Pa. He was on a charter boat owned by Kent Morgan, who has been a local charter captain for 18 years.